PALATKA – More than 70 graduates from Mellon High School and their friends and relatives gathered at the Christ Independent Methodist Church fellowship hall, May 9, for the annual class reunion. The event is coordinated by Edwin Reid.

As Reid reported: “The school opened in 1921 and the last graduating class was 1953. Midyear 54, the students transferred to the new Palatka High School located across from the current football field.  We were very pleased to have six 1945 classmates, average age 91, celebrating their 74th Graduation Anniversary. We had representation from all classes from 1945 through 1953.  In addition we had classmates that had attended Mellon high 1954 through 1958. The school was used in 1955 through 1958, grades six through eight while a new middle school is being constructed on Hudson Avenue, across from Moseley school. (Beasley middle school) We had some classmates from that time period.  After the introductions, he gave a Certificate of Appreciation to Meredith ” Pat” Patrick traveled from Falls Church, Virginia to attend a reunion. The longest distance traveled. Pat is a retired Air Force Fighter Pilot with a very interesting career. Class of 1949.”

Speaker for the day was Carey Ferrell, class of 1947. Carey has been involved with education for long time. He served as Putnam County School Superintendent and then went to Tallahassee and served several years in charge of the state K through 12 school system. He has written two books recently. One, an excellent history of Salt Springs community, where very he owns a second home on Lake Kerr. He recently finished a book on the history of Sanford, where he resides. 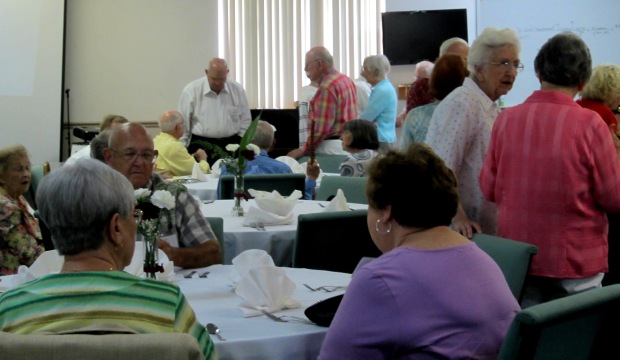 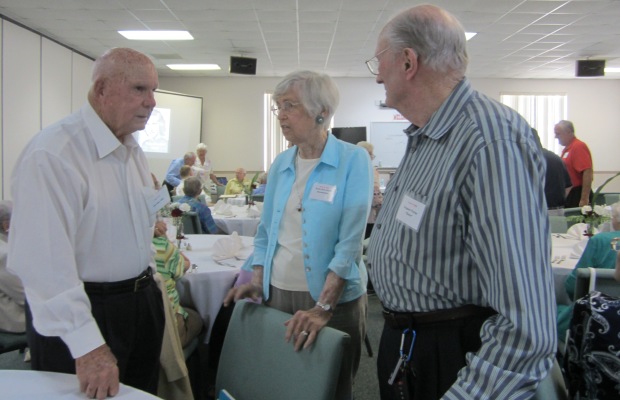 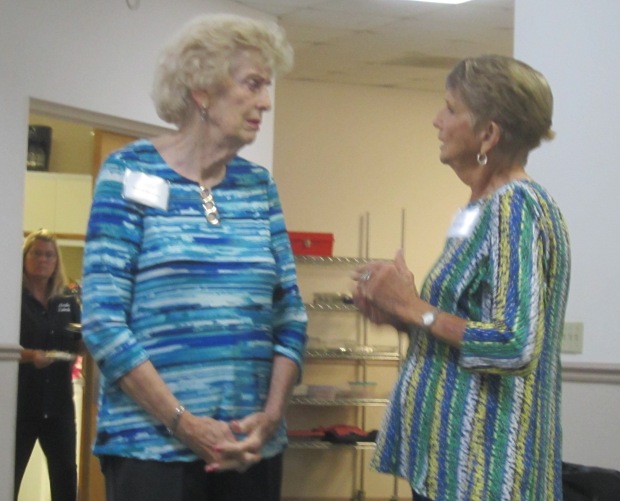 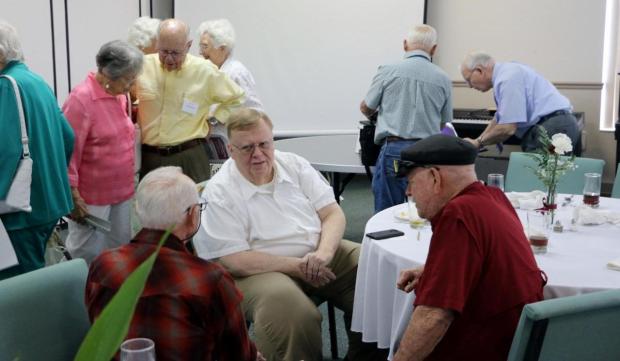