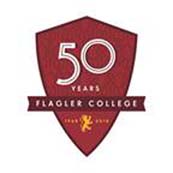 SAINT AUGUSTINE – Melanie Saltzman, reporter and producer for “PBS NewsHour Weekend,” will discuss “The Future of Food” at 7 p.m. March 11 in Lewis Auditorium, Flagler College. This event is free and open to the public.

In her role at PBS, Saltzman reports, shoots and produces on a variety of issues, including public health, the environment and international affairs.

Saltzman graduated from New York University in 2010 with a Bachelor of Science in Broadcast Journalism and Global Communications. That same year, she was awarded a Fulbright scholarship in Berlin, Germany. In 2015, she received her master’s in journalism, with concentrations in documentary video storytelling and interactive publishing, from the Medill School of Journalism at Northwestern University.

Some of Saltzman’s most notable work includes her production of two stories for NewsHour’s Emmy-nominated “America Addicted” series on the opioid epidemic. She has also reported on climate change and migration from the Marshall Islands, covered landmine victim assistance programs in Cambodia and traveled to Kenya and Tanzania for solutions-based reports.

For more than 30 years, the Flagler College Forum on Government and Public Policy has invited nationally-recognized journalists and commentators to St. Augustine to discuss issues of importance in regional, state and federal government. All Forums take place in Lewis Auditorium, 14 Granada St., at 7 p.m.

Forums are free and open to the public