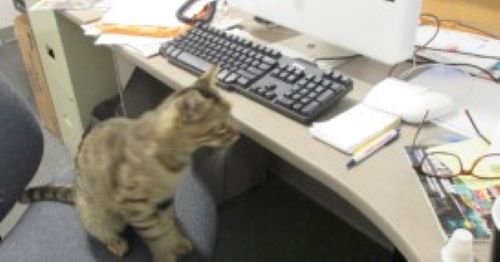 A vacation went awry for four juveniles staying at Hammock Beach Resort in Palm Coast who found themselves charged with grand theft and criminal mischief after allegedly causing $5,000 damage at the resort’s golf course. Security surveillance tape reportedly showed the four removing a steering wheel lock on the cart, driving it onto the golf course and causing damage to the course plus running over and breaking five flag markers, 10 golf bag racks, eight tee markers and the golf cart. Flagler County deputies Sunday found a wallet at the scene belonging to a juvenile staying at the resort with his mother and that led to the youth, his brother and two friends, who reportedly confessed. They were taken to the jail and turned over to Department of Juvenile Justice, which turned them over to their guardian.

Putnam County commissioners want to salute a Putnam Sheriff’s deputy for his handling of an individual who apparently tried to get the officer to “lose his cool” on video uploaded to Facebook. The individual who identifies as female is known as Mad Maddie and is part of an online site showing encounters with officers. The incident Saturday involved Deputy Jerry Gentry and commissioners praised his cool response to both cursing and attempts to anger him. Maddie was cited for parking in the roadway on her motorcycle and failure to show a driver’s license plus failure to provide proof of insurance since she wasn’t wearing a helmet. The incident happened in the Interlachen area of Sleepy Hollow Drive, where several burglaries are being investigated.

Flagler County has come up with a way to help children safely celebrate an early Halloween and minimize chances of coronavirus exposure. They’re calling it Flagler County Sheriff Office National Night Out Trunk-or-Treat. Children will stay in cars and families will drive through a line-up of specialized Sheriff’s Office agency vehicles and displays from community partners. They’ll also get candy at each stop. The event is Oct. 6 from 6:30-8:30 p.m. at the bus loop at Rymfire Elementary School.

Hall of Fame golfer Nancy Lopez, who was a winner for years on the LPGA tour, was back in Flagler County Tuesday. She unveiled a sculptured turtle painted in her honor as part of the Palm Coast Arts Foundation’s Turtle Trail. Lopez, as a rookie in 1978, became the Palm Harbor Golf Club’s touring pro.

St. Augustine City Commissioners have given the go-ahead to a lease with the State of Florida for Fish Island located south of the State Road 312 bridge. They also voted to adopt the name Fish Island Preserve. It’s named for Jesse Fish, who was one of first commercial citrus growers and who had a tangled career during both St. Augustine’s first Spanish period and its British period.